Chaga grows in cold climates primarily in the bark of birch trees and resembles a dark clump of dirt more than a mushroom. Chaga’s Benefits derive from its high concentrations of antioxidants, Vitamin D, and Manganese, and it has been used to alleviate arthritis, increase the production of cytokines, and lower blood sugar.

Straight from the Source

Chaga, or Inonotus Obliquus, is a fungus in the family Hymenochaetaceae. The sterile conk is an irregularly formed mass and parasitic to birch and other trees.

Chaga’s exact discover is still a mystery, but it is believed to have been used by the people of northern Russia for thousands of years as one of the first methods of transporting fire.

In World War II coffee imports to Europe were cut off, so Chaga Tea became a popular coffee substitute among soldiers due to its energy boosting properties.

Chaga health benefits were mainly unknown by the western world until the 1960s, when a famous Russian author wrote a novel that referenced its healing properties and lead to over 1,600 scientific papers.

Well-developed Chaga sclerotia are typically found on trees over 40 years of age, and the Chaga can be harvested after 3-5 years of growth. To harvest, the sclerotia is removed from the tree with a knife or axe, and then is cut into smaller pieces to dry. After harvesting, chaga can regrow to harvestable size within in three to ten years, and this can be repeated until the tree dies.

What we call Chaga is the dense black mass of sterile mycelia with decayed bits of birch tissue incorporated that can been seen on the outside of the tree. The hard, deeply cracked black outside of the Chaga is called the sclerotium.

Chaga comes from čága, the Russia word for mushroom, which is itself borrowed from the language of the native people of the Ural Mountains word for fungus.

Research has shown chaga can help regulate the production of cytokines, which may reduce inflammation and bolster the immune system by improving communication between cells.

Medieval Russians used Chaga to create a tea to treat upset stomach and intestinal pains. It was also popular among hunters and foresters due to its ability to alleviate hunger, boost energy, and increase work capacity.

Other Potential Health Benefits of Chaga*:

Most chaga mushroom powder you can buy is grown in Scandinavia, Russia, Siberia, Canada, or the United States.

In conclusion, people for centuries have used chaga mushrooms for medicinal purposes because they are packed with antioxidants. That is why we added this antioxidant and zinc packed fungus to our Daily 8 Mushroom Immunity Boost. It’s extract may improve immunity, chronic inflammation, blood sugar and cholesterol levels.

Packed with B vitamins, Zinc, Seleniumand, and nutrients responsible for increase energy, boosting heart health, and much more

Abundant in polyphenols and flavanols, which have potent antioxidant and anti-inflammatory properties.

Curcumin, the main compound in turmeric, is a potent antioxidant, anti-inflammatory, and antimicrobial. 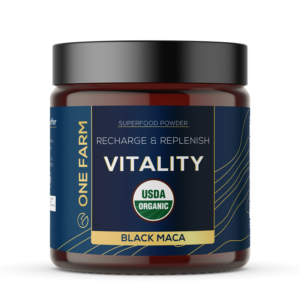 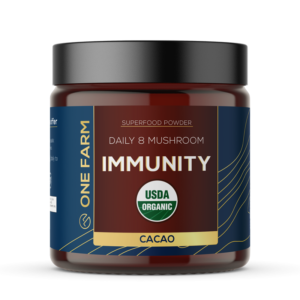